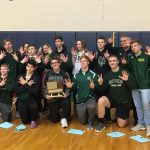 The Varsity Wrestling team keeps on adding to its trophy case as they took home their 7th straight LMC Conference Championship on Saturday, February 2nd at Boyne City. Over the years the Wrestling team has proven time and time again that they are the best in the conference winning 13 out of the last 15 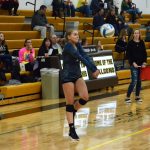 It may have taken a few months to finally calculate all the stats but this past volleyball season was one for the record books for Sophomore Libero Ellie Wagner. Ellie set the school record for digs with 489 breaking the record by almost 60 digs! This season was a breakout one for Ellie as last season 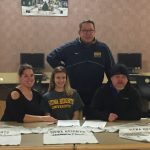 Following her standout XC/Track career at Grayling High School Brianna Martin signed her National Letter of Intent (NLI) on Monday, December 10 to run XC/Track at Siena Heights University next fall. Brianna is a three-time MHSAA state qualifier for XC and holds the school record for the fastest time for a female in XC with 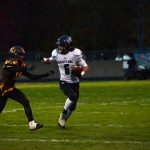 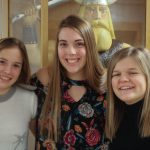 Congratulations to Madi Longendyke, Esa Powers and Haley Hartman for earning Individual Academic All-State honors from the Michigan Interscholastic Volleyball Coaches Association (MIVCA). To earn this award you must be a Senior and have a GPA of 3.70 or higher. 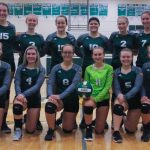 Congratulations to the entire Varsity Volleyball team for earning Team Academic All-State honors from the Michigan Interscholatic Volleyball Coaches Association (MIVCA). To earn this award your entire team must have a combined GPA of 3.30 or higher. 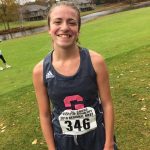 Congratulations to Brianna Martin for setting a school record with a time of 19:42 and placing 2nd at the MHSAA 19-3 Cross Country Regional held at Michawye Golf Course in Gaylord on Saturday, October 27! She has earned her third straight trip to the MHSAA State Finals held at Michigan International Speedway next Saturday, November 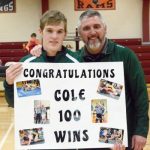 Senior wrestler Cole Hibbard earned his 100th of his career against Boyne City on Wednesday, December 20th. Coach Moore said this after Cole’s victory, “I asked Cole at the beginning of the season his goals and he said I want to help the kids on the team be better. He’s unselfish, Cole is always willing 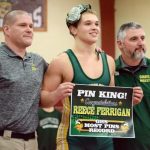 Grayling Senior Reece Ferrigan is one of the best wrestlers to ever come out of Grayling and he proved it yet again on Wednesday, December 20th when he broke the schools all time career pin record against Boyne City. Wrestling in the heavyweight position against Boyne City, Ferrigan scored a quick pin in the first 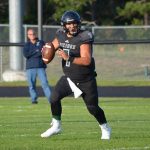 Justin Nicholas capped of his historic season by being named Honorable Mention All-State in Division 5 by the Detroit Free Press, Associated Press and the Michigan High School Football Coaches Association (MHSFCA). He was also named the Offensive Player of the Year by the Northern Michigan Football Conference and All-Region by the Traverse City Record